The Throne of Bones 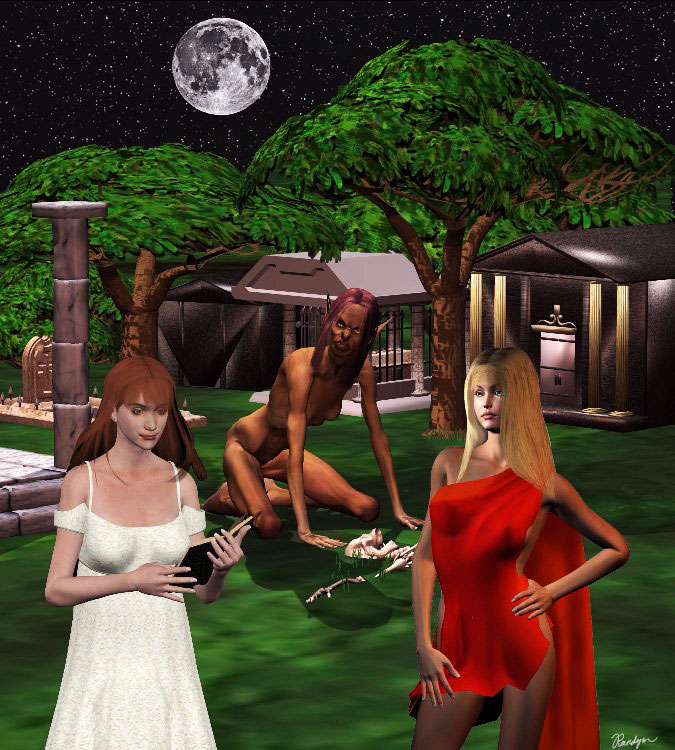 The Throne of Bones is a marvelous book: inventive, enthralling, utterly entertaining. An instant classic. Unfortunately, it hasn't reached the wider audience it deserves, for several reasons. Collections of short stories don't sell as well as novels. The genre is a bit awkward, being partway between horror and fantasy. And the deliciously pulpy cover doesn't convey how intelligent and literate these stories are. Don't let any of this dissuade you. Even if you think you don't like short stories, even if you're not a fan of horror, this book is worth a read. 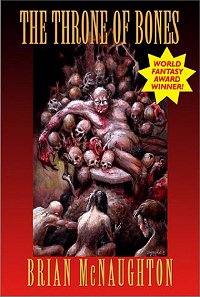 Brian McNaughton is often compared to H. P. Lovecraft or Clark Ashton Smith. I don't think the comparison is apt. Frankly, I think McNaughton's better. (And I say this as a long-time Lovecraft fan.) Also, The Throne of Bones isn't like Lovecraft's horror, which was firmly rooted in our world, nor like Smith's high fantasy. If anything, it reminds me a bit of Tanith Lee - in particular, The Secret Books of Paradys. It's got the same odd mix of horror and fantasy, spiced with sex and humor, set in the past of what might be a slightly alternate and very decadent Earth. But only a bit - The Throne of Bones is unique.

The stories in the book are linked in varying degrees. Some are traditional sequels. Some mention in passing characters who have major roles in other stories. Some are only connected by being set in the same city, or even the same world. The stories span hundreds of years, and the glimpses you get of this vast history are a big part of the appeal of the book.

The stars of the book are undoubtedly McNaughton's ghouls. He's created an entire mythos for them. Most intriguing is the phenonemon of "personation," where a ghoul can acquire the memories and the personality of the deceased it consumes. It's a clever idea, and McNaughton fully explores all its ramifications.

Another striking element of this book is McNaughton's gift for names. His invented names for places and people seem so natural that you'd swear he hasn't made them up, he's discovered them. He's almost as good at it as the goddess of naming, Ursula K. LeGuin.

I hope that McNaughton writes more stories set in this universe. I want to see more of Crotalorn, and its ghoul-haunted necropolis.

The Throne of Bones is available in trade paperback or e-book. The E-book is very reasonably priced. Use copies are also widely available.